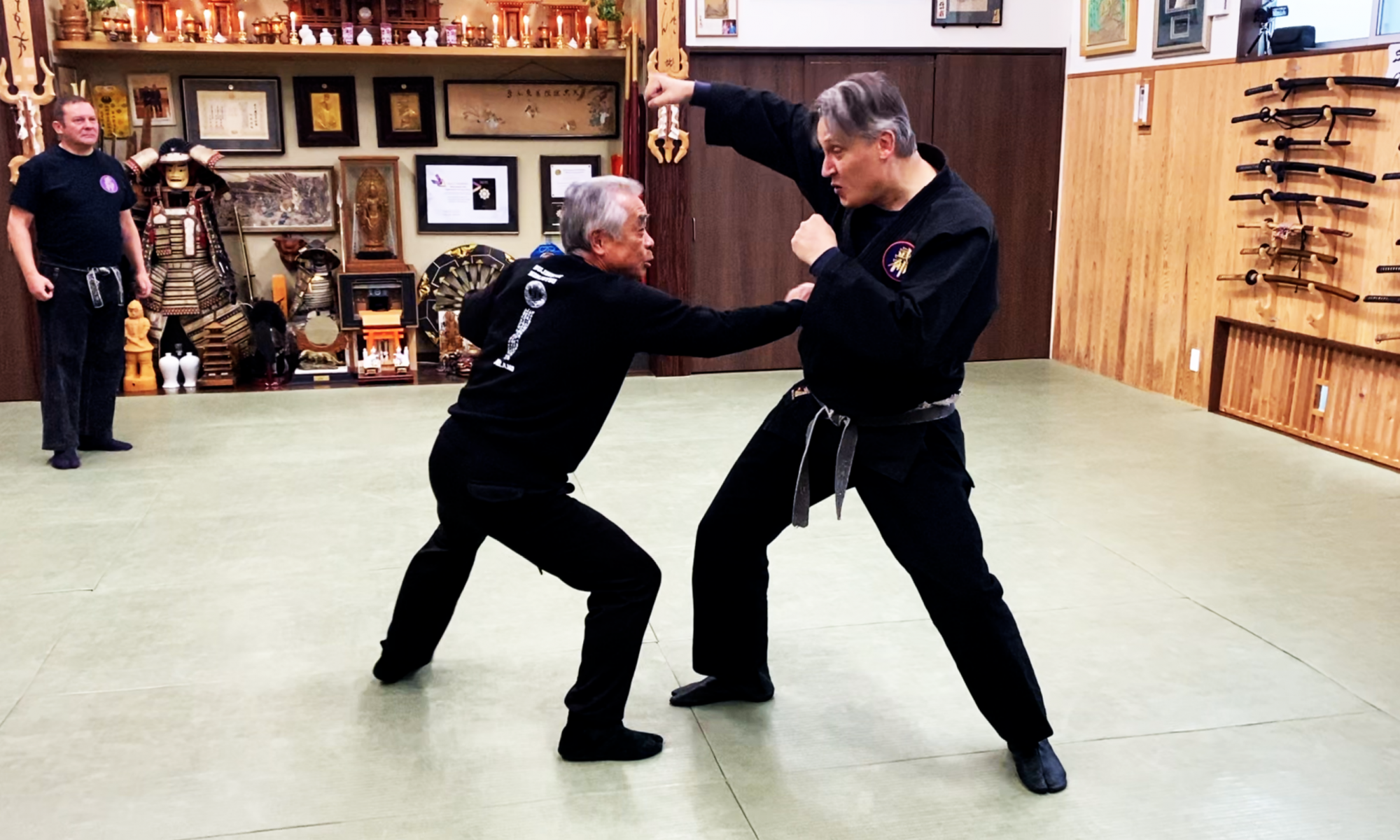 On my last trip Noguchi Sensei surprised us by teaching Gikan-ryū Koppōjutsu. I think he just recently decided to start teaching this Ryū-ha. He said he learned the techniques from Hatsumi Sōke four years ago in a private session.

I have trained techniques that was claimed to be Gikan-ryū by western teachers before. I did not see any similarity what so ever, this was completely different.

There is 10 techniques in all, they don’t have any names. He showed us his notes and it was 3-4 pages with descriptions of the techniques. I attended two of the Gikan-ryū trainings he did in November this year. Fortunately I got to train all 10 techniques (I think?) with a lot of henka. It was a blast training with such good friends as Ari (Dai Shihan from Finland) and Philip (Dai Shihan from Denmark).

I’m not gonna give any descriptions here, but Noguchi Sensei said that the characteristics of this school is to attack the opponent from the side. Several techniques you hit his kidney. Many strikes was done with Ura-ken for example.

This inspired me to create a new page to the web site, click the button below.

88 is an important number in Japanese, not only because it is a “double infinity”, but…. The eighty-eighth birthday is the occasion of beiju (米寿), “rice age”, because the Chinese character for rice, 米, looks like the characters for eight tens plus eight (八十八).

Hatsumi Sōke was in a good mood this trip. His knees are weak so he have trouble getting up and down on the floor so we do standing bow ins and outs in the training now.

Senō Sensei said a few years ago, he felt energised during Hatsumi Sōke’s birthday because there was so many familiar places coming and giving him good energy. I think Hatsumi Sōke feels the same way.

I have added several more pictures on the Kaigozan Dōjō Instagram page.