Courage is more important than skills, if you don’t have courage to use your skills, what’s the point?

This summer like most summers we train a lot more with long weapons since the dojo is too small to really use long weapons properly. This summer we train Bojutsu against Kenjutsu (long staff against sword). I think I teach and train a little different than most Bujinkan teachers out there, but I can’t really say maybe there is those who approach the training like I do. Let me explain.

First of all you learn how to use the staff, spinning and striking etc, this is mostly solo-training. Then you learn the Keiko Sabaki Kata (movement practice techniques) in my dojo we only practice one technique for the whole two hour class. Some students really have problems with coordination, others capture it quicker. In this first step I don’t mention distance, timing or anything except which strikes and blocks to make. This can also be solo-training and done alone against an imagined opponent.

Second I take the sword and we focus on how to handle the situation the best way with a sword. If he is attacking me with the staff I immediately counter him by stepping forward. I’m not gonna step backwards defending myself all the time, when he steps in to strike me in his preferred distance out of my reach; I boldly step in at the same time and block the staff and get even closer into my preferred distance so I can cut him with the sword. As I see it this is the only chance I have against a longer weapon, there is no point of running backwards.

Thirdly I take the staff again. I attack the kenjutsu-ka fully (not really, but almost) and make sure he does a good block, and as he block I don’t stay frozen or try to push harder on him. As I strike I’m already prepared for the next movement when he comes in and try to cut me, I move out to my distance and do the next strike.

Then I take the sword again and try to avoid being hit from this point in the technique, by blocking and countering again. I’m not really gonna give up or run away. If I can cut I will cut.

Then again I take the staff and try to deal with this really difficult opponent, I avoid his cut and counter him until the end of the technique where I make it impossible for him to do anything. Then the technique is finished without changing the sequences of the strikes, the only thing that is flexible is the distance and the timing. And this is where the true training comes in.

Then at the end of the class we record a short demo to video which will be available for download later. This is how we spend our two hour trainings at Kaigozan Dojo this summer.

No henka, no variations, true to the technique.

I always thought quality is better than quantity. It is amazing how cleverly these techniques is made up, it is so much more than executing the strikes rapidly against a rather passive opponent. If the opponent (sword-guy) is good and understand how to use the sword there is really not many options to change the technique and do something different, the possibility for henka becomes very narrow, what you can change is very small details. For me this is what henka means, you failed your initial technique and need to adapt because of miscalculation.

I know there are those out there only doing henka-training, but how do you do henka training only, henka of what? If you try to train yourself into intuition without basic foundation you are doing something I don’t understand. You weren’t born out from nowhere, someone did something very basic with someone and you was born. How do you henka anything into existence?

If anyone is interesting I’m doing three more one day Bojutsu mini-seminars this summer. 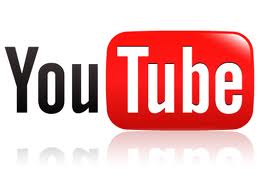 Why we don’t break boards

I just found my old web site on archive.org :-), and a lot of memories comes back. When I made my first web site (in 1994 or 1995?) there was only one other web site on the whole internets that contained the word “Bujinkan” (I think his name was Shawn (an American not Canadian 😉 )). But before that I operated my own Fidonet BBS called 2:201/2123 Moko no Tora BBS on a computer under my bed between 1992-1996 (approximately, I don’t remember exactly). I was also at Compuserve when they got their first modem pool in Sweden. At that time you could not access the internets from your home as a private person. There was no provider that offered a modem pool you could call up, it was only at big companies and university’s at this time. Until Ragnar Lönn started Algonet in 1994 offering a connection for private persons. If I remember correctly, I got my subscription around Christmas time, and immediately started learning HTML by making the web site.

There was only the MS *plorer and Netscape browsers, I remember Netscape was better because you could change the colours on the fonts and background. There was HTML programs, but they where buggy, annoying and didn’t keep up with the new features that the Netscape browser gave. So I learned typing HTML with a simple text editor. I still do this, but I also use a CMS system (this site is on W0rpqr*ss ).

Over the years I had projects that grew too big to handle. More and more people got Internet and found my web site, I see that in the oldest record on the way back machine at archive.org that in May 2000 I had 154 016 hits since march 1995, I’m not sure if that counts the hits I had before on my Algonet page (yes it still sucks!). In January 2002 I had 426 844 hits, Anyway some of the bigger projects was…

This was link site with thousands of Martial Arts links, driven by a text database, but someone had to manually update with new links, lot’s of work. Thanks to Baubak G who helped me with this!

Means polish your sword or skills. With a couple of thousand members it could sometimes get maybe too political, but often there was good discussions. Back then people where new to the internets and was willing to share stuff, even if it wasn’t well researched (me included).

NinZine actually started before in my Fidonet and Compuserve days. It was a type of multimedia magazine where you needed a PC with DOS to make it work. Later Liz made Ura & Omote which was more text based articles. I think I only released five or six issues. I tried to find the old zip files but can’t find them. If anyone have them, please contact me :-). I have planned for a while to use the NinZine name again for the bujinkan.me web site project.

Bushikai (the whole Bujinkan world on one site)

Was a kind of portal for each country that showed links to web sites, clubs and local seminars for respective country. Here is Sweden for example (13 training groups, 23 web sites and 6 seminars registered at the time).

This was probably the most popular segment. Thanks to Peter C who gave me most of the school information in the beginning. I added more and more to the pages without thinking or being able to check it’s sources.

At the end I removed most of the ryu-ha history notes because I was fed up with some people who knew better that liked to critizice instead of helping, people who took the information and presented it as their own. But mostly because it became too much work, people expected me to update the web site continually, and I wasn’t making any money on it. In 2005 I moved the forum to another web site, and about his time I went from 10 000 hits per month to a couple of thousand.

My Kabutoshimen / Kesshi web site is more my personal web site and blog, if you are interested in what I’m up to. The Kaigozan Dojo web site is my dojo. I got a bunch of other sites to, I keep it separated (Bujinkan, me, dojo etc.)…

Well I don’t know how to wrap this article!
Can’t believe I’ve been doing this for more than 15 years!
I wonder how it will look like in another 15 years?