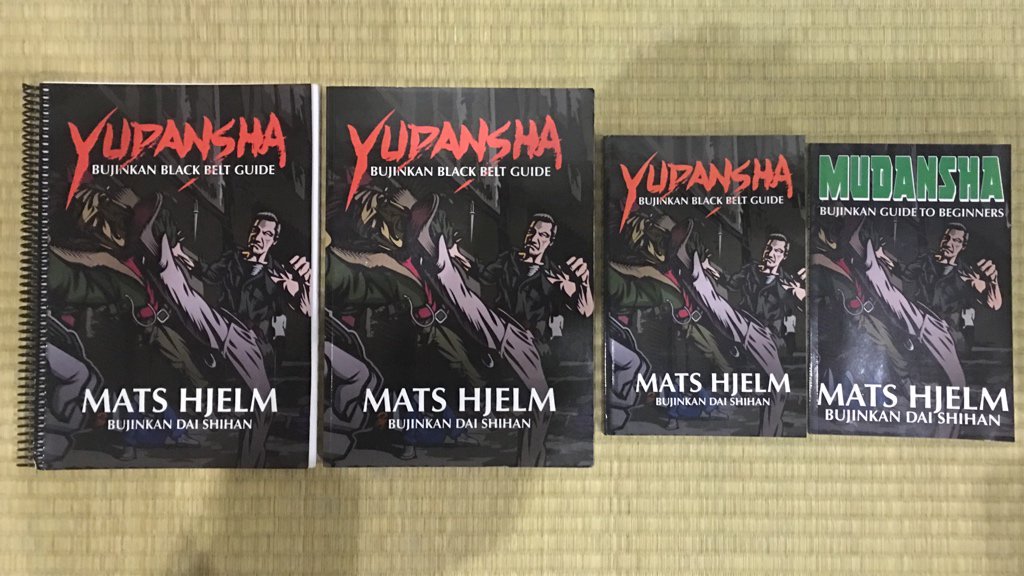 体術 Taijutsu (Unarmed Fighting Techniques) is our unarmed fighting techniques in the Bujinkan Dōjō. First we teach our students the fundamental techniques from the 天地人略の巻 Ten-Chi-Jin Ryaku no Maki.

I have recorded many videos you can download from Budoshop.se. I made a complete version of the Ten Chi Jin Ryaku no Maki in 2003. Some video clips is also available at Bujinkan.TV

There are several versions of TCJRNM, I have compiled my own version and made it as a book (here is the link).

As a Martial Arts school this would be enough techniques, but in Bujinkan Dōjō we also have nine 流派 Ryū-ha (traditional schools) with their own techniques. It is generally recommended that the student first learn the TCJRNM up to 5th Dan rank. Then study the nine Ryū-ha.

天略の巻 TEN RYAKU NO MAKI (The scroll of Heaven)
Here we learn to move the body naturally and effectively. Essentially how to become a good Uke (receiver of techniques). When Hatsumi Soke’s own teacher Takamatsu Sensei started training over 120 years ago as a young boy he was thrown around the Dojo by the seniors for a year before he was taught any techniques. This gave him a good foundation for the next level.

The techniques described here is what I recommend that every black belt should know by heart. In my Dojo this is the ranking requirements for black belt 1 Dan in Bujinkan Dojo.

地略の巻 CHI RYAKU NO MAKI (The scroll of Earth)
Here we learn the techniques, how to apply them the best way possible. Remember that a technique done with strength is not optimal, what if your opponent is stronger? We learn what we call Koppo, the essential point of what makes the technique work without using too much force.

In my Dojo this is the ranking requirements for black belt 2 Dan and 3 Dan in Bujinkan Dojo.

人略の巻 JIN RYAKU NO MAKI (The scroll of Man)
Here we combine movement and technique together. It is how our Goshin-jutsu, self-defence system comes in play. The techniques here are chosen from the nine traditions in the Bujinkan system.

In my Dojo this is the ranking requirements for black belt 4 Dan in Bujinkan Dojo.

The Yudansha Book is what I think all students in Bujinkan should know well as a Shidōshi, 5’th Dan and above. The Ryu-ha techniques from the nine schools will be easy to understand if you studied the techniques in this book well.

Here is a complete list of all the Taijutsu (Unarmed Fighting Techniques) Ten-Chi-Jin Ryaku no Maki from my book Yudansha.