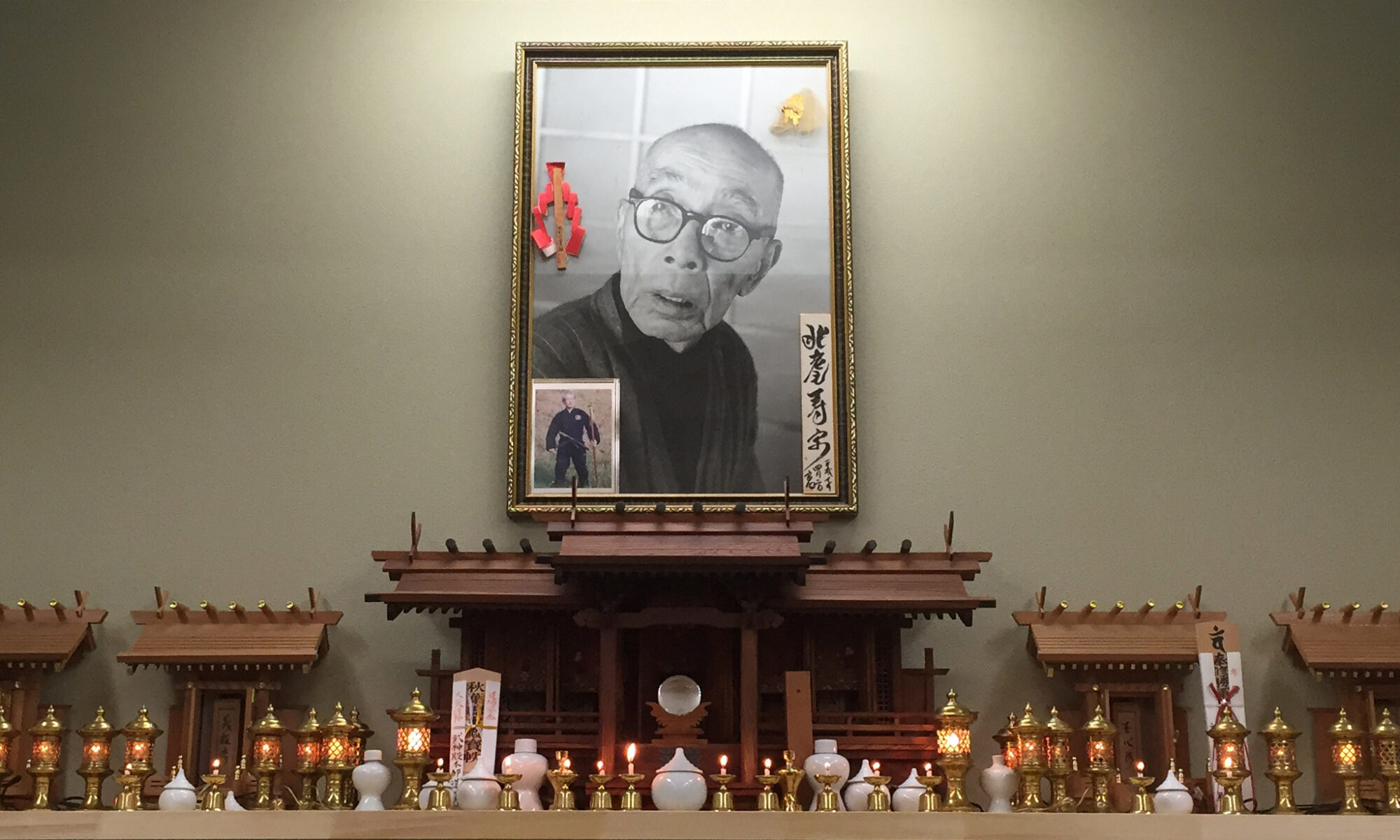 The 9 Ryu-ha is taught in the Bujinkan system. Masaaki Hatsumi was the Sōke (grandmaster) of all nine Japanese traditions. He has now appointed eight Japanese Dai Shihans as the new Soke of all nine schools.

Founded in the Yeikyu-era (1113 a.d.) by 出雲冠者義照 Izumo Kanja Yoshiteru. The school is characterised as a style that emphasises natural movements, and the study of nature is important.

Founded at the end of the Kamakura-era (1336) by 出雲冠者義照 Izumo Kanja Yoshiteru. The school is most famous in Bujinkan for it’s many weapons techniques such as sword, spear, halberd and staffs of various lengths.

(heart of the willow tree school)

Founded in the Hogen-era (1156-1159) by 戸沢白雲斎 Tozawa Hakūnsai. This school is perhaps the school that have the biggest influence of the unarmed basics in Bujinkan, such as Sanshin no kata, and Kihon-happō. Striking with the fingers and toes is very characteristic of this style of fighting.

(knocking down the tiger school)

Founded in the Tenbun-era (1532) by 坂上太郎国重 Sakagami Taro Kunishige. This school’s speciality is the art of manipulating the bone structure. The foot work is also quite unique by cross stepping, quite similar to the chinese styles. Also the use of the sword in this school is quite unorthodox.

Founded in the Yeiroku-era (1558-1570) by 瓜生判官義鑑房 Uryu Hangan Gikanbo. This school have not been taught that much yet.

Founded in the ōho-era by 戸隠大助 Togakure Daisuke. This school is known in the Bujinkan as the school where all the Ninjutsu techniques come from. In the 80’s everything that was taught in Bujinkan was called Togakure-ryu, but the truth is that most of the things that was taught was from the schools above. You could say that the name was used to attract many students.

Founded in the Tenbun-era (1532) by 佐々木 Sasaki Goeman Teruyoshi. This school have not been taught that much yet.

The 9 Bujinkan Ryu-ha and its importance

When Hatsumi Sōke taught the schools during the 80’s up til his retirement in 2020. I never heard him say that knowing the techniques in the 9 Bujinkan Ryu-ha was important. We train the techniques from the Ryu-ha as if they belonged to one system, Bujinkan Dojo Budo Taijutsu.