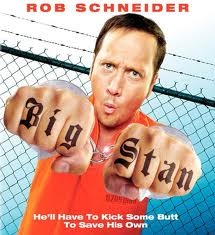 I just got another friend request from someone who claims to be a “Ninja Sōke” (I only know one and he is not on fb!). I usually say yes to everyone who seems to be a Bujinkan member, or someone I know. This guy probably just want my name to add credibility to what he is claiming. I see we had 37 mutual friends, all (I think) is Bujinkan members. I wonder why do you add people like these as your fb friend, unless you know them?

It’s like saying, hi I’m a ninja master and look at all my high ranking Facebook “friends” from other styles who know and respect me and my style. When in fact they never met each other. His poor students he con might not know this. At least I don’t want my name associated with someone like this.

On the other hand I say yes to all friend invites from people who seems to be a Bujinkan member. We have probably met, and I don’t remember names easily. Or we will probably meet each other in the future, being in the same organisation and travels around frequently.

So what I meant with this rant is that I think we should be more careful on Facebook, and who we associate us together with.