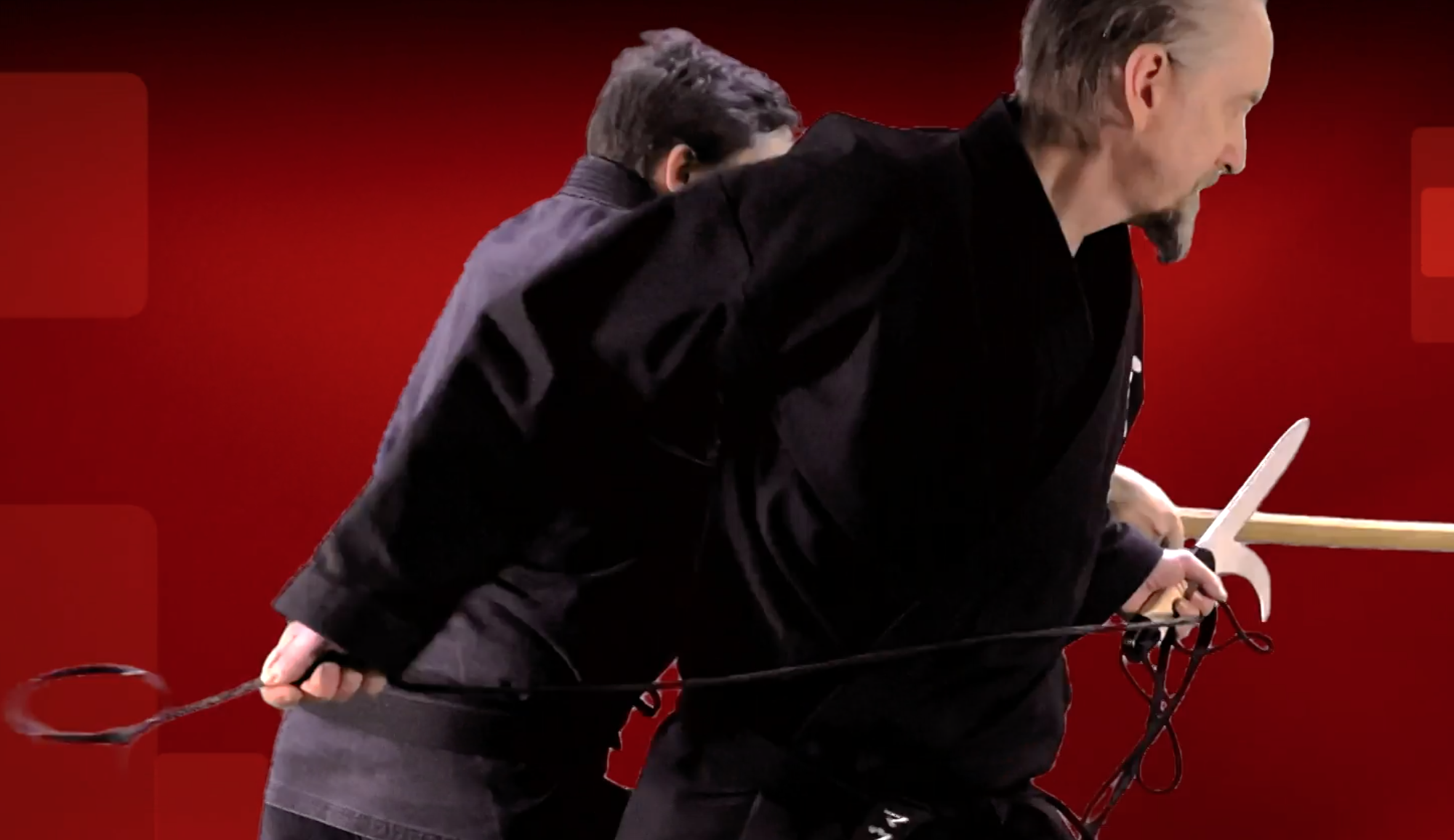 KYOKETSU-SHOGE AND NAGE-NAWA. This article is about the weapon (actually farm tool). At the end is a video (from Bujinkan Kaigozan Dojo previous week).

Kyoketsu-shoge (距跋渉毛) translates as “to run about in the fields and mountains”. It is one of the weapons used in Togakure-ryu and Kumogakure-ryu.

The Kyoketsu-shoge was used by the rural peasantry class from the Iga province. If they was caught with something that looked too much like a weapon, they might have been executed on the spot.

I think it was a multi purpose farm tool. You dig the earth, cut the grass, tie up the grass with the rope etc. Why would a farm tool have chain. Rope made of hair was less suspicious. The farmer could stick into his belt and not cause too much attention.

Nage-nawa 投げ縄 (rope throwing) is not as easy as it looks. The trick is to throw the loop and make sure the rear end of the loop passes on the other side of the hand.

On the video below I show you two common techniques we in the Bujinkan Dojo use at demonstrations. In the first technique I hit down on his hands to unarm him. Threaten him with the blade and protect the sword (we had no room to do this on camera).

Throw the ring towards his head. He steps to the side and catch it. Yank it out of his grip and prepare for the throwing. Do the first loop around his hand. He grab the rope with his other hand. Make it look like a tug of war. Loop his other hand.

He kicks. You do Kerikaeshi and take him down. Tie him up more with the rope. Put the blade to his neck and cut his neck.

The second technique he is attacking you and you deflect withe the blade and strike with the ring behind you to hit him. Loop the sword and yank it out of his grip. Loop his hands and neck as previous technique.

Do these techniques with good choreography and acting and it will look good in demonstrations.

Check out my video channel https://www.bitchute.com/bujinkan/